And Now For Something Completely Different....

Up until this last trip to Japan, the only models I have worked with have been female.  This was a new experience for me.
Meet Hiro-san: 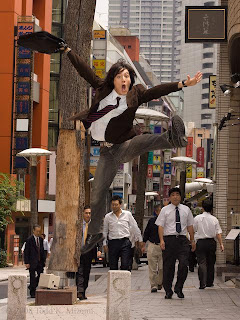 Shortly before I left for Japan at the beginning of this month, Hiro contacted me via Model Mayhem and wanted to setup a shoot together in Tokyo.  Since I had never worked with a male model before, I thought this would be a great learning experience. I wasn't disappointed.
As you can see from above, Hiro isn't your typical Japanese salaryman.  He is a very dynamic and expressive individual. 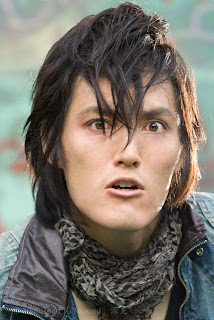 We also had the help of a very talented makeup artist who specializes in male models & creating special effects like sweat, cuts and bruises.  This was perfect as one of the themes Hiro and I wanted to try was an action movie style shoot. 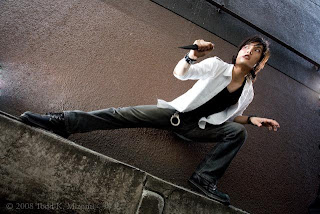 There was a summit meeting being held in Hokkaido while I was in Japan, so there were many policemen to be seen on almost every street corner.  We had to use caution because we were using airsoft guns as props so we tried to find areas out of the public eye.  Law enforcement people tend to react negatively to male models running down the street waving a Sig Sauer 226 handgun.
We found this "empty" side alley while walking to Yoyogi Park in Harajuku and decided to make use of it.  I set up 2 Nikon SB-26 flashes on either side of him (being careful to watch out for the security camera nearby) and started experimenting.  I used a Canon 5D with a 17-35mm L lens and triggered the SB 26s with Pocket Wizards.  This particular shot I had both flashes on about 1/2 to 1/4 power.  The SB-26 to camera right was fitted with a gridspot made from a Frosted Flakes cereal box and some black drinking straws to direct the light more onto him and not so much on the back wall.
Of course, the moment we started shooting in this empty, unused alleyway, it turned into Grand Central Station. We had to pause every few minutes to let people, deliverymen, bicycles, baby buggies, etc. go through.  We were able to get a few good shots in before one of my SB-26s got knocked over and went bye-bye.
An unexpected bonus of working with Hiro was that I also got to work with Lille, a friend of Hiro who joined us halfway through the shoot. 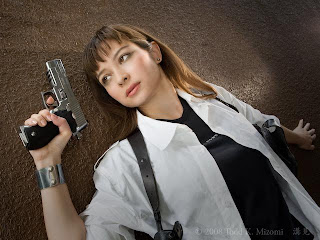 I used the same lighting setup for this shot, but added a CTO gel to the back SB-26 to warm up the backlighting on her hair.
She kinda reminded me of a younger version of Sex in the City's Kim Catrall.
Lille was great fun to work with as well, and we ended up getting some pretty fun shots by the time we ended our session together. 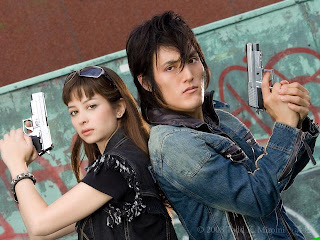 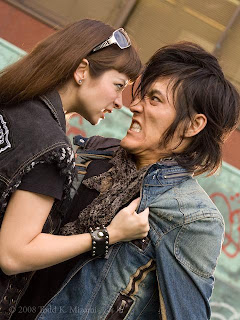 Posted by MauiPhoto at 8:27 PM No comments:

After a slight mishap, I finally received my Strobist DVD set

David Hobby, who teaches lighting to photographers via his website Strobist.com, recently released an  8-DVD set of his lighting seminars. Whether you're an amateur or a professional photographer, you HAVE to get this DVD set if you want to understand how to use small flashes to really improve your images.  There's nearly 10 HOURS of material here!

I had ordered this DVD set as soon as I heard about it.  Unfortunately, our local post office had a break in and my package was among those that were stolen.  Since it was shipped via Priority Mail, there is no chance of recovery.
I mentioned this in a Flicker discussion group and David Hobby caught wind of it.  The next thing I know, he sends me a replacement copy out his own pocket!  This guy really wants people to learn how to light!
I received it a few days ago and have been watching it nonstop ever since.  There is so much good information in it and I;m learning so much that my brain is starting to melt.
Posted by MauiPhoto at 11:50 PM 1 comment: