In order to overcome the line of sight limitation that Canon's wireless infrared flash systems have, I have tried almost every radio trigger that exists on the market for off-camera flash control.  Each one that I've tried has had their ups and downs, and in my opinion, no one company ever really "got it right". That is until I heard about these - the Phottix Odin system. 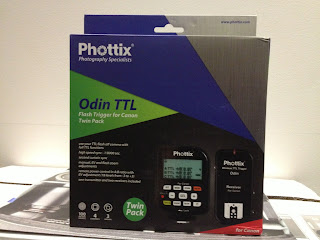 Before I get into these, here's a brief overview of what I've used in the past.

RadioPoppers were the first ones to come out on the market with their solution, which took the electromagnetic signal that the Canon flashes made and converted it to radio waves. It was ingenious at the time.  I went through the first version of those, where you literally had to take a fiber optic cable from the RadioPopper receiver and tape it over the IR receiver of the slave flash. 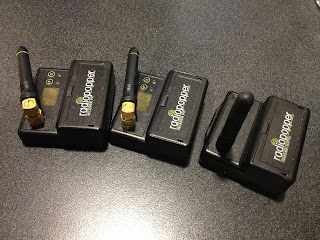 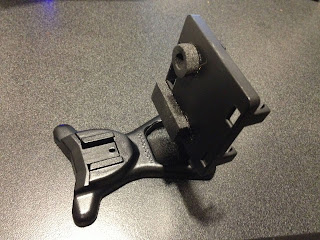 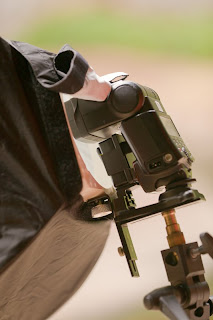 One problem I encountered with the RadioPoppers was that the plastic bracket was so fragile near the hotshoe mount, that you literally had to treat it like glass.  I understand that it's intentionally made that way so that the bracket breaks instead of your more expensive flash.  But I broke several of the plastic mounts within a single year of normal use. 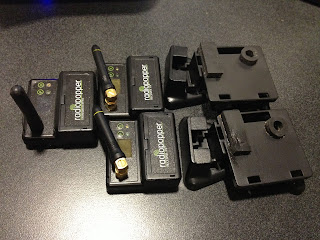 In the above photo you'll notice the pieces of foam rubber - that is the part of the bracket that presses up against the front of the flash unit.  The IR signal passes through that little donut shaped piece.  Being in Hawaii and shooting under the hot sun most of the time, I've run into issues with the glue melting and the rubber pieces sliding around and obscuring the IR signal.

It also took a while to find a way to conveniently store these things in my camera bag without damaging them.  Storing them attached to the flash was not an option because it added a lot of bulk to each flash (and that's also how I broke two of the brackets).  I ended up storing them separately in a small Pelican hardshell case, which was really bulky and took up a lot of space in my camera bag.


The second problem I had with that system was no fault of RadioPopper - it was due to Canon's way of controlling off camera flash - the icon-based lcd interface on the back of the flash just was not intuitive for me to use when I wanted to quickly adjust a remote flash on the fly.

I next decided to go all manual on my remote flashes and picked up a set of Cactus V transceivers. 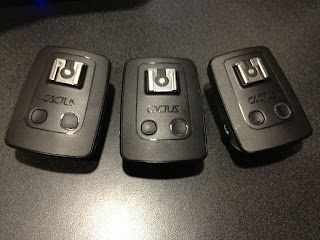 I really liked using these.  Very simple to use, because all they do is fire the remote flashes.  No TTL, no HSS (High Speed Sync), just plain vanilla remote triggers. 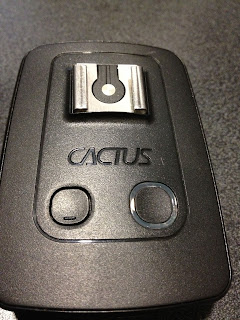 You set each remote flash to manual and if you want to adjust the power levels on each flash, you have to do so on the flash itself.  No remote controlling power levels from the camera. 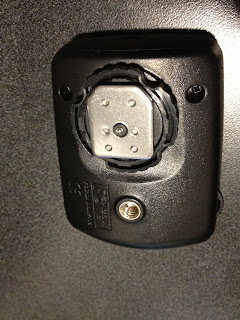 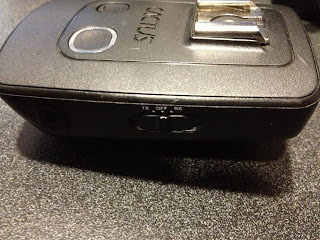 Each Cactus unit is a transceiver, so they can be set to either be a transmitter or receiver by sliding a small switch on the side. 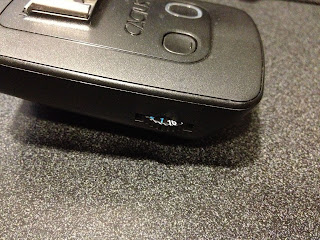 A dial on the other side lets you easily select between 16 channels, although the numbers are so small it is hard for me to see them in low light sometimes (old eyes).

I then heard about the Pocket Wizard Flex system. At first it sounded like someone had created the perfect solution. Small transmitter that sits on the camera hotshoe, full ETTL/HSS, etc.  Does everything the RadioPoppers do, but without the hassle of plastic brackets.  Just mount the Flex TT1 onto your camera, put a flash into the hotshoe of the Flex TT1 as your controller and another flash onto the TT5 for your off camera flash and go to work. Simple, right?

So I bought them.  And then the headaches began. 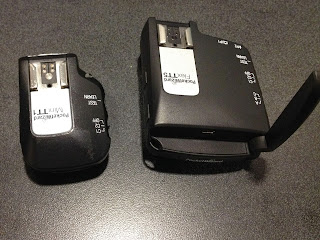 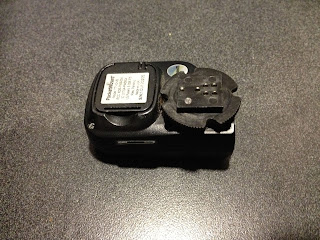 At first it seemed ok.  The units have a metal hotshoe on top, but plastic on the bottom. On the very first shoot I tried it out on, the plastic foot on the TT1 transmitter broke and I had to order replacement feet for it.  Having a heavy flash like the 580EX II on top of the TT1 just would not hold up to the rigors of run and gun shooting like at a wedding or event.

Then there were issues with it not firing during a wedding shoot.  It would work fine when we were setting up everything and testing, but when it came time to use it, there would always be the random misfire where it would dump the full power of the flash and nuke everybody, or it would not fire at all.

When the Pocket Wizard Flex system first came out, there were also issues with radio interference from the 580EX and EXII flashes (the old 550ex flashes have no issues), so Pocket Wizard came out with RF shields. You could purchase a hard shell version (which in their brilliant design did not allow access to the external power port of the flash unit - if you wanted to plug in an external battery pack to your flash, you are SOL.) or you could use the soft version which they included in the box with each Flex TT5. 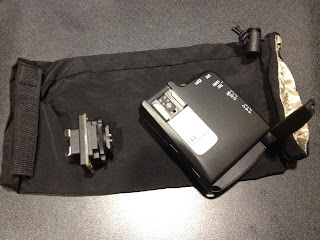 You had to mount a small riser into the hotshoe of the Flex TT5, then mount your flash onto the riser, then put the saggy condom RF Shield over the flash and make sure it covered the flash and the riser. 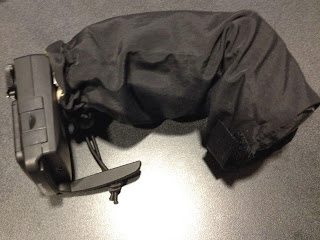 Even after doing all that, there would always be the occasional misfire during a shoot.

If you didn't want to go that route, Pocket Wizard had other suggestions, such as using an off-camera camera cord to separate the TT5 from the flash by a few feet so that there would be less interference. While that kind of worked, it still would misfire and defeated the idea of a simple, uncomplicated off-camera flash solution.  The more and more things you add to the chain - risers, RF shields, off-camera shoe cords, the more there is to troubleshoot when things go wrong. And troubleshooting gear is not something you want to be doing during a photoshoot.

The only saving grace that the Pocket Wizard Flex had, and the reason I didn't smash them to pieces out of frustration, is that they work fine with the Alien Bees strobes. 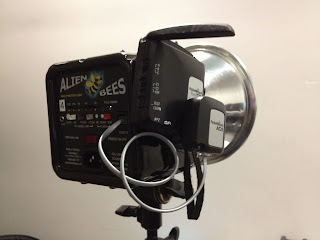 With the addition of the AC9 adapter and the AC3 controller, this system lets you remotely adjust the power of up to 3 groups of Alien Bee/White Lightning strobes. 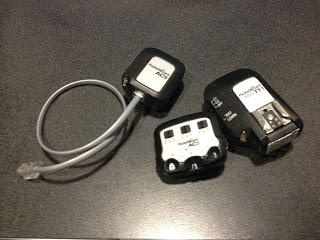 Canon did finally upgrade their flashes recently to the new 600EX-RT series, which incorporates built in radio control. They also upgraded the ST transmitter to make it more intuitive to control your off camera flashes.  I will upgrade to those eventually, but for now to stay within budget, I needed to find a system to work with my existing 580EX and 580EXII flashes.

That's where the Phottix Odin system comes in: 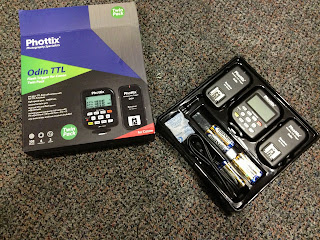 This allowed me to take this whole Pocket Wizard Flex system mess in my camera bag: 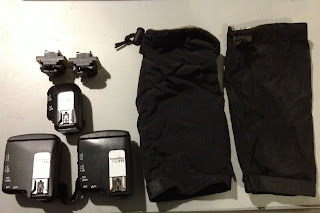 And replace it with this: 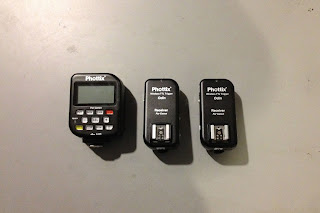 I was literally able to take these right out of the box, put the batteries in, and put them to use immediately on a shoot.  No reading a manual & no updating the firmware (there is a usb port on these to allow for firmware updates but none were needed for the camera I was using). 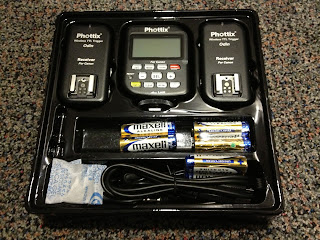 The system is so intuitive and easy to use that I have been kicking myself for not getting this earlier.

The Phottix Odins are 100% compatible with the Canon flash system - this means ETTL, High Speed Sync, 2nd curtain, modeling lights, remote power control in Manual or TTL, and remote zoom control are all available to the user from the transmitter unit on the camera.

I have had ZERO misfires with this system. ZERO interference issues. IT JUST FREAKIN WORKS.


Photographer Gary Fong goes more into depth on the Phottix Odin system in this video I came across on YouTube:

He has a lot of other video tutorials and reviews that are really worth checking out.

With all the money I spent on assorted radio triggers in the past, I know I could have just saved it and waited for Canon's 600ex series flash system [sigh].  But after having the Phottix Odins perform flawlessly on my last few photoshoots as well as my weddings this past summer, I'm pretty sure I'll be sticking with them for quite a while.

Posted by MauiPhoto at 8:31 PM No comments: