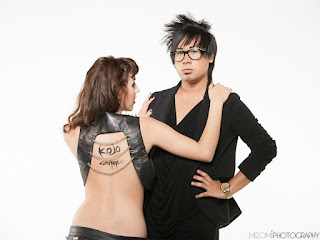 One of our most recent studio shoots featured designs by Koa Johnson and makeup by Ry-n Shimabuku.  Our model was Brittney Baker and we were assisted by Ronald who also took the time out to take some behind the scenes shots which I always forget to do.  Thanks Ronald! 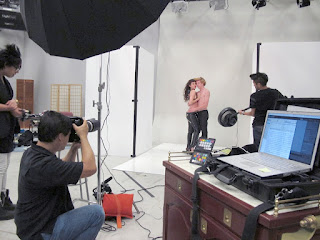 Our first setup was a white backdrop.  We used 2 AB800s with white shoot thru umbrellas to light the background to 1 stop over the main light. 2 V-flats were used to block the background lights from flaring into the camera lens. 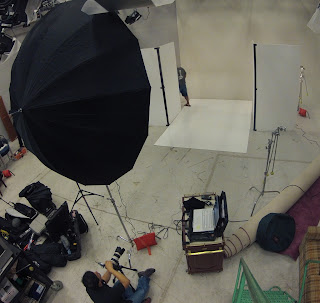 For our main light we used an AB800 in a Paul Buff PLM.  I haven't used the PLM as much as I'd like to since I bought last year.  The main reason for that is because assembling the shaft and speedring of the PLM can take a while.  Plus the whole thing is so freakin' HUGE that I'm thinking I could probably experiment with using the silver interior as a background for a future model shoot. 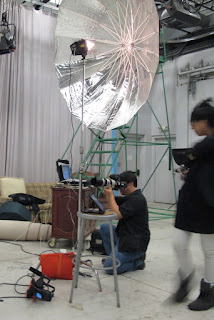 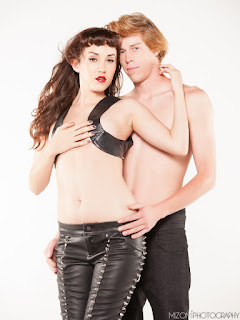 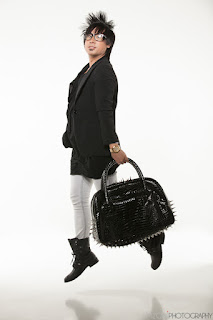 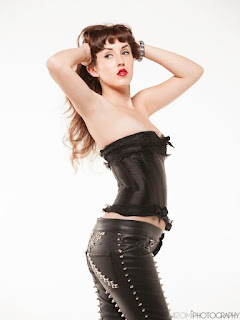 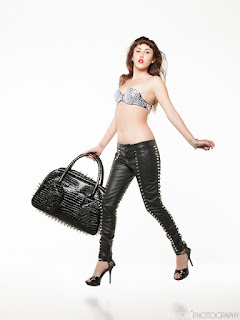 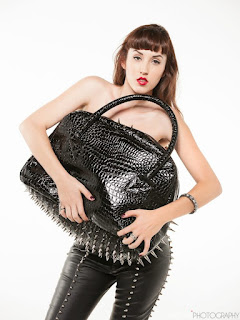 While Brittney changed into her next look, we took a few shots of her friend Zach, an aspiring male model.

The first few shots against the white background didn't work too well, because we started losing his sleeves to the white backdrop. We turned off the two background lights and lit him solely with the PLM.  The focused nature of the PLM gave us a nice gradient on the background and a vignette around Zach which worked much better with his shirt. 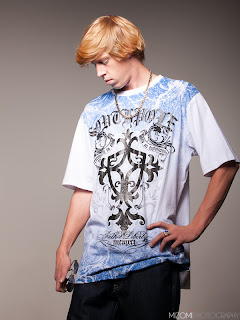 Brittney's next look was in a long red dress. For the first shot we had her get into a reclining pose, spread the dress out around her and shot her from an elevated viewpoint. 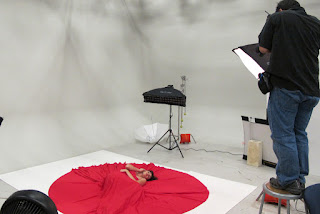 The main light was an AB800 in a large soft box. Another AB 800 with a strip soft box was used as a hair light. 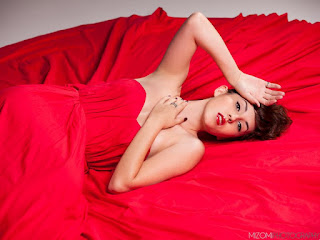 The red dress was so visually striking that Brittney and Ry-n named this shot "The Miscarriage". 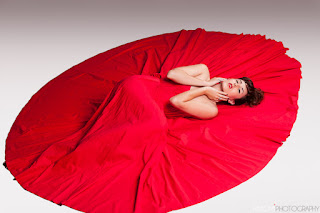 We then had Brittney get into a seated pose facing the back wall.  We cross lit her with 2 AB 800s in small strip soft boxes to make the folds of the dress really stand out. 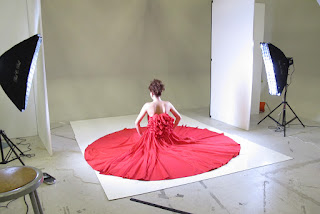 We used grids in the strip soft boxes and also repositioned the V-flats to block the lights from hitting the background which allowed the white wall to go dark. 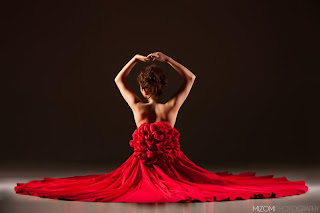 Posted by MauiPhoto at 8:48 PM No comments: