While most mirrorless shooters would be content with a small backpack or sling bag to hold their gear, I've found that a lot of times having the right sized rolling bag is much better, especially when shooting weddings.

Back when I was still shooting with Canon DSLRs, I lugged everything around with the Think Tank Airport Security 2.0.  This is still one of the best camera roller bags I've ever owned - it holds a TON of gear:

When I switched over to Sony mirrorless cameras, I found that the Airport Security 2.0 was now too big for my needs.  Since the majority of the interior of the bag is around 8" deep, the smaller lenses of the Sony system like the 55mm f1.8 Zeiss just disappear. 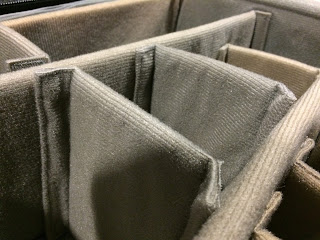 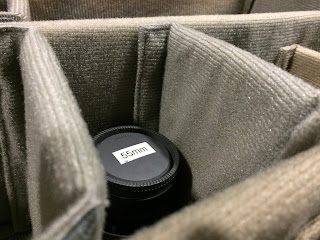 So I started looking around for a smaller roller bag that would be better suited for the smaller bodies and lenses. Then I looked at Think Tank Photo's Airport Roller Derby Rolling Camera Case. 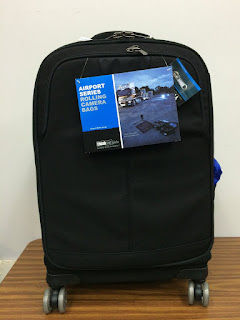 Smaller, shallower, and nearly 3 pounds lighter than the Airport Security 2.0, the Airport Roller Derby is almost perfect for a professional mirrorless shooter. 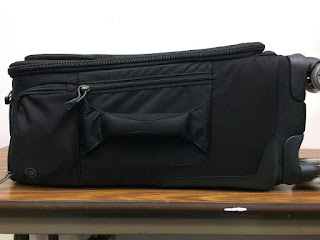 This bag holds everything I take to a typical wedding shoot:

All of this fits perfectly in the Roller Derby, and still leaves room for more. 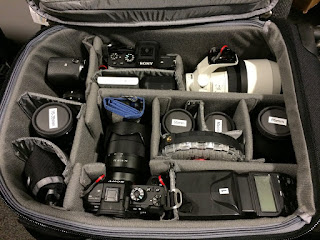 Like the Airport Security, the Roller Derby comes with a TSA padlock and an integrated cable in an external pocket. 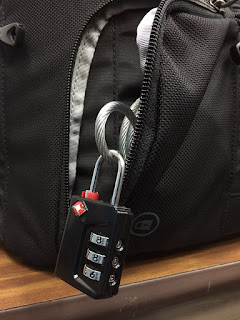 While the zippers are lockable, the bag does not include the handy integrated TSA lock for main compartment like the Airport Security 2.0 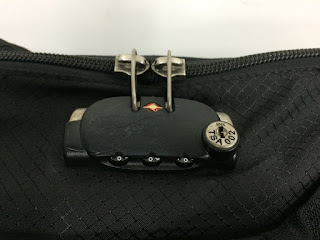 Integrated lock on the Airport Security 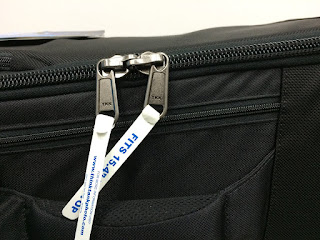 Not on the Roller Derby

Most of the central space in the Roller Derby is about 7" deep and the sides are about 8" deep. 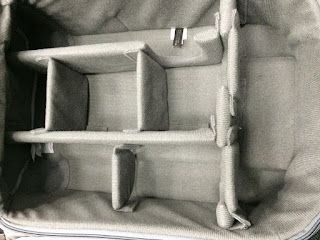 While you might think a one inch shallower depth (compared to the deeper Airport Security) is minor, it makes a huge difference when accessing the smaller lenses of mirrorless systems. 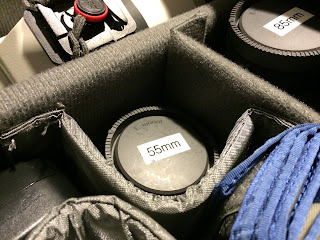 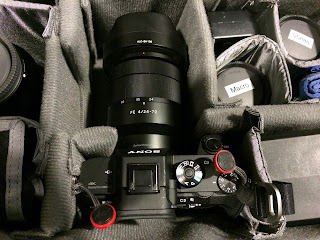 The two a7 series bodies with battery grips fit perfectly in the deeper sides of the bag. 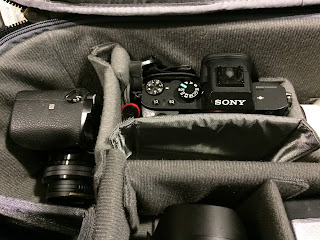 They are also deep enough to make dual layers, which is what we did for our two Phottix flashes. 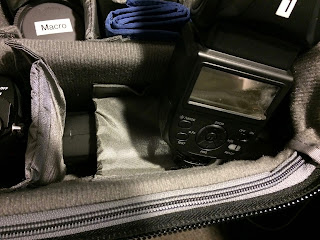 Because of the way the Roller Derby is designed, the bottom of the main compartment actually extends past the zippered opening by about an inch. This means there is a slight overhang which is something to keep in mind when configuring the layout of your gear. 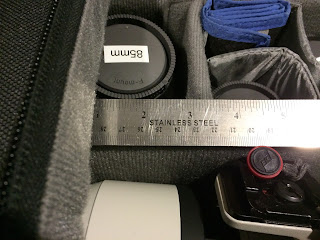 You probably will not want to put smaller things like your card wallet in that part of the bag as it will be difficult to get to. I chose to let the longer items like the 70-200 lens and the Phottix flashes use up most of that space.  The 85mm in the middle is a little difficult to get out at times, so I'm still experimenting with the organization. 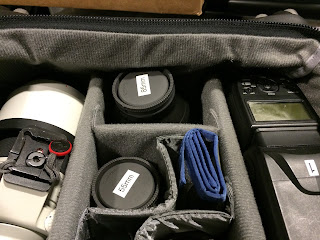 When it comes to airline travel, my absolute favorite feature of this bag is the 4 wheeled design.

On every flight I've been on, both inter-island and international, the aisles are just barely wider than the width of your typical two wheeled carry-on suitcase. Since most rolling camera cases are similarly sized, they just barely fit through the aisle of the plane and then only if you roll it in the exact center of the aisle. 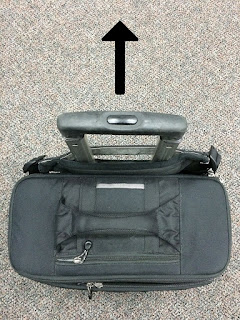 Whenever I rolled a two wheeled camera case behind me when getting off on or off the plane, it would almost always end up catching a stray hanging seatbelt buckle and cause me to stop and make everyone behind me wait while I untangled it.

Eventually I got tired of this happening and just started carrying the bag in front of me to save time whenever we exited the plane, which kind of defeated the purpose of having carry-on luggage with wheels in the first place.

With the four wheeled design of the Roller Derby, this is no longer an issue. By simply rotating the bag and rolling it in front of me, it easily glides down the center of the aisle with lots of space on either side. 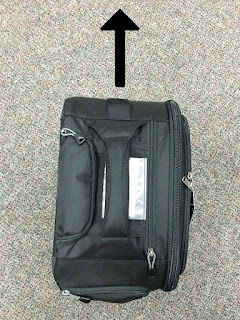 If you're a mirrorless shooter in the market for a rolling camera case, I highly recommend checking out the Think Tank Airport Roller Derby.   While it doesn't have some of the features of the larger Airport Security 2.0,  the more compact size is better suited for the smaller bodies of mirrorless systems.  If you travel a lot, you will REALLY appreciate the 4-wheeled design.

If you purchase this or any other Think Tank Photo products via the links on this page, you help support this site and make it possible to continue to do reviews like this. Mahalo!

Posted by MauiPhoto at 9:38 PM No comments: