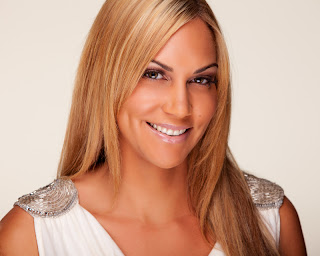 A few weeks ago I did a short studio headshot session with model April Boone and makeup artist Kahulani.
Because we were working in pretty tight quarters in the studio (there were two other sets that were being built for an upcoming TV production), we kept the lighting setup relatively simple - 2 AB800s, a large softbox above and a small softbox below for fill. A Nikon SB26 was used as the backlight. 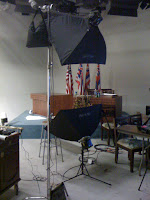 We kept the background mostly dark, but added some color with an AB800 with a 40 degree grid and a blue gel. 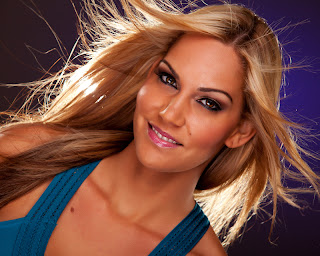 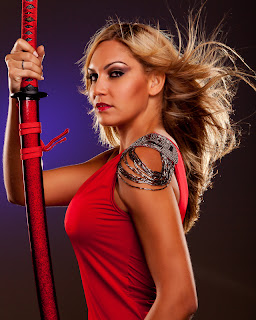 Later we added 2 AB800s in gridded strip softboxes behind the model and swapped out the upper large softbox for a beauty dish.  The image really started to come together once we brought in a Vornado fan to add motion to her hair. 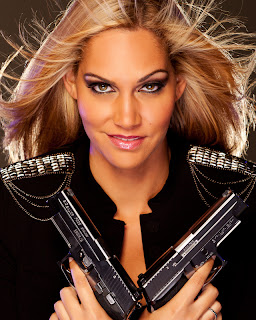 This was our last setup of the day and one of my favorite shots.  April had the perfect outfit to go with these guns.


Just to try something different I added a blue gel to one of the edge lights to throw some color into her hair, to sort of give a nighttime feel to the shot.  Kind of like a glow from a nearby neon sign or something. It's very faint, but you can just barely see it on the left.  An idea to play around with more in future shoots maybe.


I also just heard from the makeup artist that with the help of this final image, April was able to get a part on an upcoming episode of Hawaii Five-0 .  Congratulations April!
Posted by MauiPhoto at 9:35 PM