Dragging the shutter to control the background

In a previous post I mentioned using the shutter speed to control the exposure level of the background when shooting a sunset.  A recent wedding couple I photographed was kind enough to help me illustrate this idea.

.  I used a set of Pocket Wizards

to trigger an off-camera Nikon SB-26 hotshoe flash set at 1/2 power.  The SB-26 was mounted on a lightstand to camera right about 10 feet away from the couple, and modified with a Lastolite Ezybox Hotshoe Softbox

Everything on the camera was set manually - the iso was set to 400, and the aperture remained at f4.  The only thing that changed between shots was the shutter speed.  I started at a shutter speed of 1/30th and gradually increased the shutter speed until the sky darkened to my liking.  The total time it to make all these images was less than a minute. 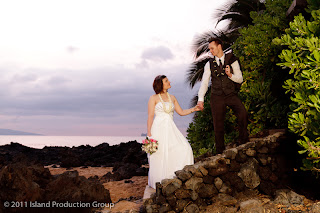 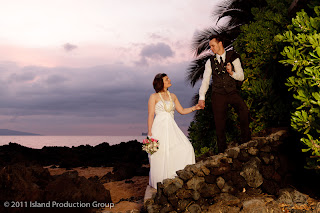 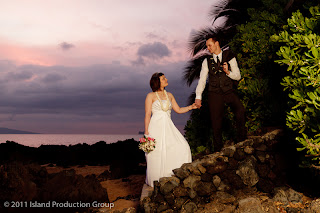 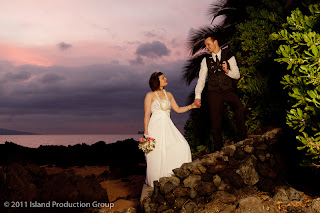 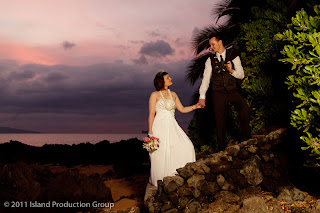 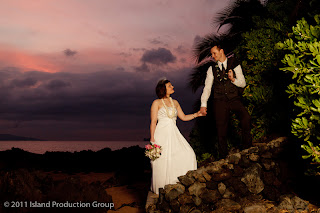 The only limit to how dark I can make the sky is the flash sync speed of the camera.  In this case, the 7D has an upper limit of 1/250, which is pretty good (my 5D only goes to 1/160).  If I go higher than the sync speed, part of the image will be dark, because the shutter is moving too fast for the flash to expose every part of the subject/foreground. If I were to use a Canon flash, like the 580EX, I could go much higher using the high-speed sync mode.


Some people have asked why I use Nikon SB-26 strobes when I'm shooting with Canon gear.  Although I do have a couple of 580EX flashes that I use, I like using the Nikon flashes for a lot of manual flash work because:
a) They have PC sync ports which allow me to trigger them with Pocket Wizards.  Only Canon's newer flash has a PC sync port - the 580EXII

.
b) The SB-26s have built in optical slaves so if I run out of Pocket Wizards, I can still trigger them with the pop of another flash.
c) They're durable and cheap enough that I don't have a cow if one breaks.  I've been able to find them in secondhand stores in Japan for around $100 each.  The Canon 580 EXIIs

Email ThisBlogThis!Share to TwitterShare to FacebookShare to Pinterest
Labels: flash, how to, lighting, sunset